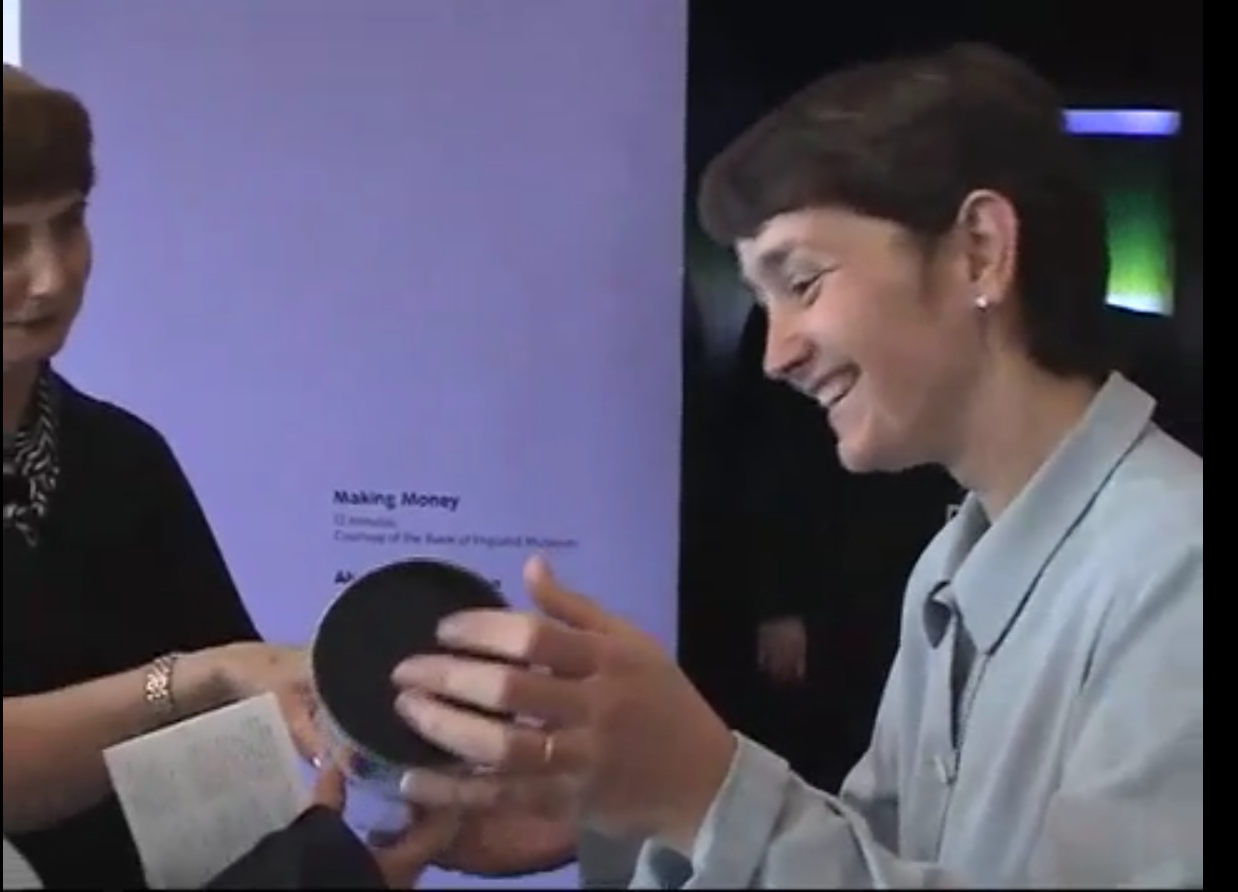 Capital was a series of encounters between two iconic institutions – the Tate and the Bank of England – and the economies of debt and gift that they animate.

In the Reading Point on Level 5 West at Tate Modern and in the Bank of England Museum, at unspecified times during the day a visitor was approached by a gallery or museum official. “This is for you” accompanied the presentation of an artwork – a limited edition print.

The Bank of England is the banker to the whole British financial system, and also plays a major role in structuring global monetary relations. It regulates the financial economy by managing the availability and price of debt. As the lender of last resort the Bank guarantees and distributes the necessary trust, to secure the various interlocking domestic and foreign financial markets.

On the other side of the same coin, is it possible to situate the Tate as the principle institution in a parallel symbolic economy. Like the Bank, Tate connects with a vast network of institutions both nationally and internationally, making-up the global economy of art. Does the Tate guarantee the integrity and value of the artworks and images it distributes within this economy?

Perhaps the traditional misrecognition of the similarities between both places has its origin in historical accident. The Bank of England was founded upon a debt – a loan to the King in 1674 – while Tate was founded by a gift – from Henry Tate in 1897.

Amid enormous speculation about the function of the gift in the social sciences, anthropology agrees on one thing; receiving a gift triggers the obligation to reciprocate, the counter gift necessitates a return and so on. An endless economy without apparent origin. If the gift and its subsequent debt, or a debt and a subsequent gift animate networks of social obligation, how are these forces structured and regulated?