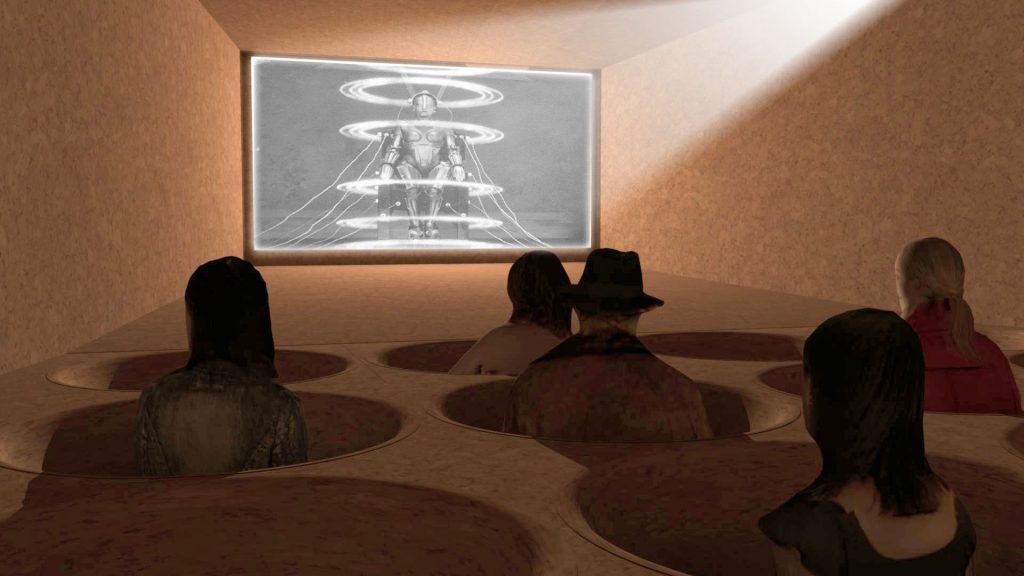 My contribution discussed social architecture in relation to the physical architecture through a dialogue between use, imagination and structure. To some extent structure determines and conditions use, while use also reworks, cannibalizes, redefines, destroys, rebuilds, customizes the existing set of social relations. Who are the actors involved in that process and how do we acknowledge the present divisions in what is made visible, what is promoted, and supported versus more discrete offerings drowned by the noise generated inside the spectacle of consumption?

How can our political convictions be articulated through critical practice and engagement not only with iconic sites but also with those places which remain institutionally neglected and socially unloved, how do we create value re-inscribing them back to our attention?

Made in Public presentation takes as its starting point a collaborative process between an artist, an architect, a curator, a producer, local film enthusiasts and factory workers, which led to designing and erecting a temporary cinema structure in a historically sensitive urban context. Stretching over a period of two years (2010-2012) from detailed research to fabrication, the Open Cinema

project tested the integrity and cultural ambitions of a small community by intervening and repositioning some of their assumptions around the terms such as cultural capital and the role art plays in securing an evolving urban narrative.

The presence of the Cineclub established in 1958 in a historic town of Guimaraes, Portugal created a unique opportunity to explore relationships between cinema, politics and social space. Creation of the club as a place for both dissemination of global cinema and open discussion, made the screenings into a social event driven as much by the love of film, as by resistance to the political regime.

The cinema was designed by architect Colin Fournier to promote openness and generosity emphasising free access for all of the citizens and visitors. A one-hour programme of 20 film trailers shown daily was a result of a collaboration with the workers of the local textile and shoe (Lamerinho and Camport) factories. They are the co-authors of what became a celebration of a liberating potential of cinema, the enthusiasm for film and a need to share that enthusiasm with others.