Social Cinema consisted of a series of temporary cinemas, each installed for one night only into the existing urban fabric of the London Architectural Biennale designated route between Exmouth Market and the Millennium Bridge. Films about, set in, or commenting on London and its architecture were stunningly projected upon the city itself.

At each location, buildings became screens, steps seating, residents generously gave power, or loaned their houses as projection booths. The architectural fabric of the temporary cinemas was improvisery, and playful; pallets borrowed from an adjacent market made temporary bleachers, plastic crates from local pubs and restaurants became seating, neighbours joined the audience, and volunteers with torches transformed into ushers. Social Cinema turned un-built spaces into auditoria and spectacularly intervened in neglected places around landmark buildings.

The film programmes of Social Cinema traced an evolution in the moving-image representation ofeveryday life,  from the observer and observed of classic documentaries, to contemporary participation in those representations through mobile technologies, by people living and playing in London.

Each program began by introducing ideas and observations on London and its buildings with excerpts from lectures in the Architectural Association Archives; including Cedric Price, Denys Lasdun, Reyner Banham, and Ron Herron; we then looped back to the 1960’s showing some magnificent films from the Free Cinema movement, of everyday – meaning working class experience. The Free Cinema sequence was followed by a selection of extrordinary amateur films from Straight 8 and these segued into short films previously uploaded onto internet sites where skateboarders, shoppers, and tourists record their interactions with the city.

The programmes were as follows

The programme was subject to change, all screenings began at dusk / 9.30pm 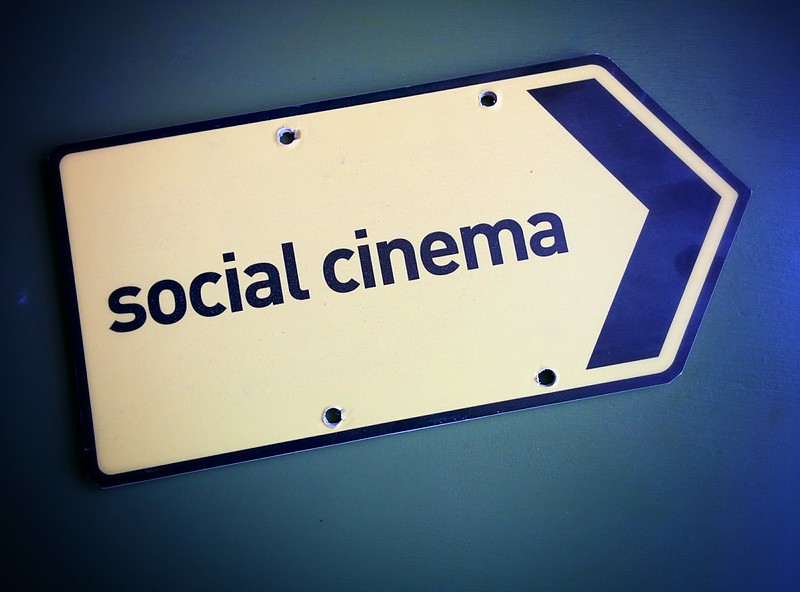