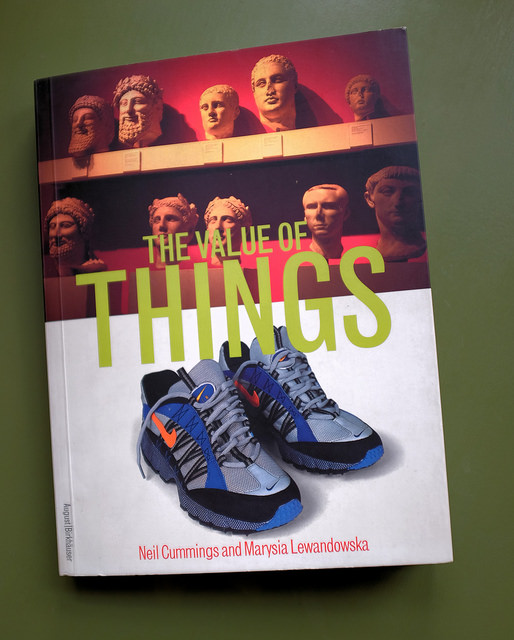 The Value of Things imagines the store and the museum as perfectly representing the technologies for the sourcing, transportation, warehousing, accounting, stocking, display and redistribution of material things. Although clearly organized around different economic drives, what the store shares with the museum is the encyclopaedic desire to render the whole world knowable, classified and displayed for the visitor to consume. If the museum is driven by a set of values and narratives to protect the image of singularity through souvenirs of the past, in simple contrast, the department store holds the promise of a semiotic democracy, played out live, amongst the profusion of the present.

Although The Value of Things is not a task of mourning. As we embark on the new millennium, our traditional play with value has exceeded it’s previous limits. Value expressed as the accumulated excess through profit, no longer correspond to the circulation of things and the logic of the marketplace. Value as capital is ever more intensively squeezed from the movement of the digital image, of capital itself. These two great institutions, while acting as a model to structure and narrate previous cultural shifts, are also caught in a process of radical transformation. They may even be accelerating towards a strange convergence. As the Store is superseded by out of town shopping cities (or its convenience replaced by the point and click of e-commerce) it reconstructs its past with a gentle mercantile nostalgia; reinventing itself as a spectacular tourist destination, dispersed amongst other cultural sites. The Museum in turn, as an effect of changes in the constitution of its public, and public provision, aggressively markets and licenses its own collection, history and building, as a brand. The stored old things, and their parallel information shadow are harnessed as potential new revenue streams.

The Value of Things pictures Selfridges, the first purpose built department store in London, and the British Museum, England’s earliest public museum, although their specific histories unfold as emblematic of institutions worldwide. Through images and text the book mirrors the uncanny narrative of the twinned sites, as a beautiful but failed catalogue. Systems of taxonomy and classification emerge as the text and images break into a familiar, yet displaced, departmental structure.